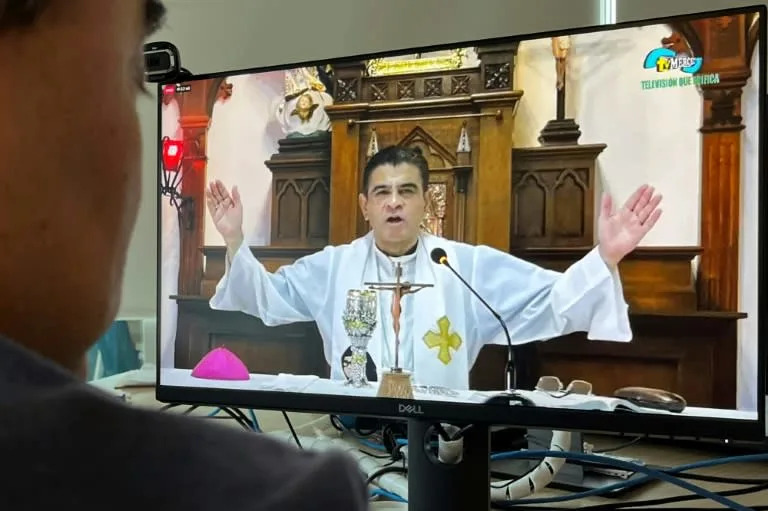 Nicaraguan police on Friday accused the Catholic Church and Bishop Rolando Alvarez, who has been under siege in his residence for two days, of inciting violence to destabilize the country.

Police in a statement said the Church and Alvarez, a vocal critic of President Daniel Ortega, were “trying to organize violent groups and inciting them to carry out acts of hatred against” the government, adding that an investigation had been opened.

Alvarez, along with a number of priests and lay people, has been holed up in the bishop’s residence in the northern city of Matagalpa since Thursday, when riot police prevented him from leaving to say mass.

It is the latest incident in a rapidly worsening standoff between civil society and a government accused of growing authoritarianism.

The 55-year-old bishop in a video released Thursday denounced official “harassment” and urged the government to respect religious freedom.