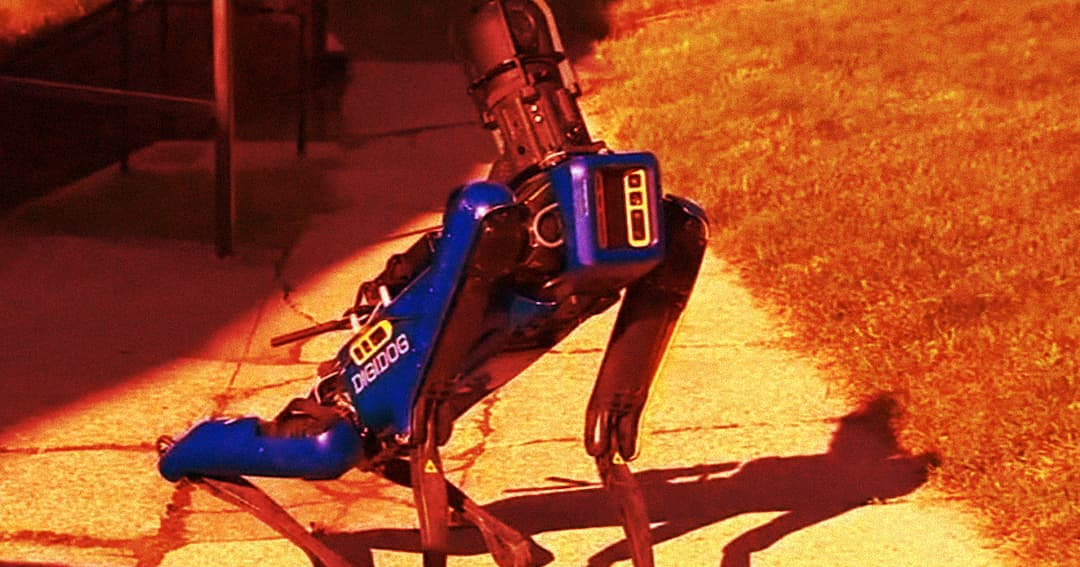 The unit, a Spot robodog built by Boston Dynamics, can be seen going for a walk around a public sidewalk, surrounded by several police staff.

Nah they really got these robot police dogs in NYC. This is wild pic.twitter.com/iG7CTPFevH

The sighting was met with outrage, with many bystanders audibly voicing their displeasure with the dystopian “Black Mirror”-like appearance.

“I ain’t never seen nothing like this in my life,” the person filming the video can be heard saying.

“What the fuck is this is the exact right reaction,” she tweeted in response to the video.

It’s still unclear how the NYPD is planning to make use of the robot. The video comes after several instances of police staff rolling out the robot dog in public streets.