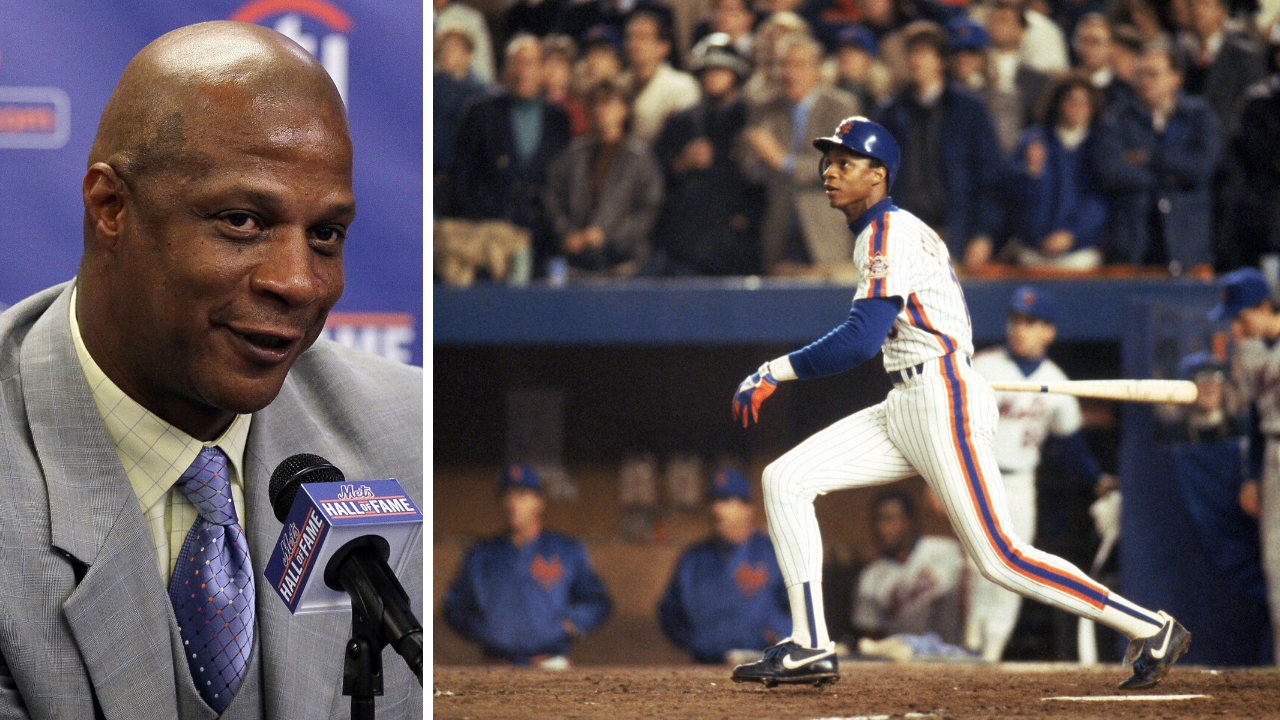 The eight-time All-Star and three-time World Series champion spends his time travelling the country as a pastor. Strawberry’s life now stands in stark contrast to his days of playing baseball, surviving colon cancer twice and battling drug and alcohol addiction.

The Daily News caught up with Strawberry — in between his conferences in Tennessee, Arkansas and California — and asked the former Mets, Dodgers and Yankees right fielder about the pending Mets sale, the upcoming election and more. His eighth book, “Turn Your Season Around,” comes out in January 2021.

This interview has been edited and condensed for clarity.

— Daily News: How much of the World Series are you watching and who do you have to win it all — Dodgers or Rays?

— Darryl Strawberry: I haven’t watched any of it this year. I’ve completely been so far removed from it for such a long time. It’s just different, it’s a different time. I see things are different from when I used to play back in the day. Nothing personal, it’s just a different time. I’m just one of those guys that just never stayed around it for a very long time after I got out and I just moved into other areas of my life to do different things.

— DN: How long have you been staying away from watching the game?

— DS: It’s been years. I don’t sit down and say, ‘The game is coming up. Let’s watch it.’ Usually, if it’s a New York team, I may take a peek at it. I like to watch the playoffs this year, I’ve seen it passing by airports and stuff like that. I’ve never been glued to the television saying, ‘I have to watch it.’

— DN: Thoughts on how different this baseball season was, playing through a pandemic?

— DS: No question, this has been a real different season for that — trying to play with no fans. It’s very hard. I don’t know if I could be a player this day to be able to play in that kind of atmosphere because I was a fan-driven type of player. So it just depends on what type of player you are. If you like the excitement of fans, you like being booed, I enjoyed all that.

— DN: Are you paying any attention to the Mets sale and the impending ownership change from the Wilpons to Steve Cohen?

— DS: I saw the fact that they’re making a change. Hopefully it’s a change in a better direction for them because they’ve been in a place where fans are very frustrated, and they want to win, and they want to win now. And it’s really hard when you’re not consistently winning. Especially playing in New York. In New York, you gotta be consistently in the hunt to win. That’s what fans are looking for. Even if they don’t win, at least they’re in, trying to make an attempt to win because they’re a big city, they’re a big market. And you try to put the best players on the stage and try to win. That’s what fans are looking for, and they have every right to that because they’ve been patient a long time. The Mets haven’t won in over 30-something years. That’s a long time for fans not to be able to celebrate. And Mets fans are great fans when you’re winning.

— DN: What’s held the Yankees back from being the championship-caliber team that you played for?

— DS: Well, guys strike out too much with guys in scoring position. That’s all around baseball. It’s all or nothing. Only the teams that have been proven to be all or nothing like that are going to beat you because they have proven, legit home run hitters. Everybody’s not a home run hitter. People have to think along the lines of, who are we? We have to identify ourselves better than what we are. And I think that’s what’s been the Yankees’ problem the last couple of years too, with not being able to get over the hump because basically, if you can’t perform in the playoffs and drive in runs, you’re not gonna win ballgames. You can get away with that during the course of the season. But if you get into the playoffs, and you don’t change who you ought to be to do little things to win ballgames, then you’re going to get beat.

— DN: What led to writing your upcoming book “Turn Your Season Around” and what do you hope readers learn from it?

— DS: Well, it’s just a lot that led me to writing that. First of all, I didn’t really want to write it because I’ve written books before. I just felt like everybody knows my baseball and my autobiography. They know about me, but they don’t know the transformation of my life that has been really the greatest gift I’ve ever received — better than baseball or anything — to have a platform. To be an evangelist, like I am now, and travel the country 250 times a year, and standing in front of thousands of people and ministering the gospel of Jesus Christ.

The book is about turning your season around and how God transformed my life. When I was a baseball player, I had my downfalls and troubles, but nobody ever talks about the transformation I’ve had in my life over the last 17 years and what I’ve actually done. I think this book was to draw readers into understanding how my life really got changed and transformed. This book is the complete transformation of who I am today and what I do, and why I do it and why I help so many people. I’ve been put on a bigger platform now than I ever had as a baseball player.

— DN: Your baseball journey involved a lot of pressure and challenges you had to overcome. Where did that strength come from, besides your faith?

— DS: It comes from my mother. My mother was a very faithful woman. She prayed for me when I was a complete heathen in playing Major League Baseball and loss. She was praying for me and my brothers and sisters. She covered us and it just came to pass. What she wanted me to be, I am today. If not for her cheering me on, like she did when I was playing baseball, she was cheering me on for life, to have a transformation in life and become faithful. I can imagine what she’s thinking right now, ‘Look at my son, he’s standing in front of 10,000 people preaching the gospel. Oh my god.’

It’s a big difference standing at the plate and hitting home runs. Now you have an incredible impact on people’s lives. Not that I didn’t have an incredible impact on people’s lives playing baseball, because fans are amazing, and they always have, they always will be to me. But this journey here is just so much deeper and so much more rewarding, because you see so many people who are broken and hurt and don’t believe that their life matters. And you try to bring that hope to them and show them that it does, no matter what you’ve been through.