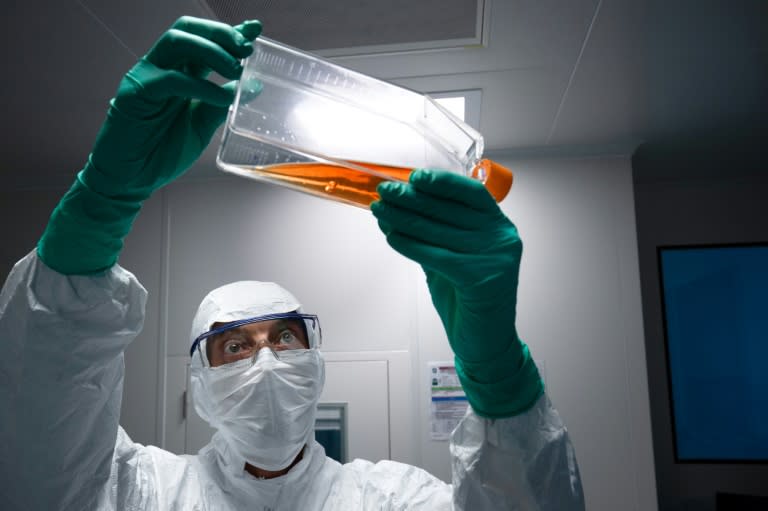 The World Health Organization said Friday it did not expect widespread immunisation against the novel coronavirus until mid-2021, tempering hopes just as research revealed encouraging early results from a Russian vaccine.

The virus which has killed nearly 870,000 people worldwide continues to spread, with Italy’s flamboyant former prime minister Silvio Berlusconi now in hospital after becoming the latest high-profile figure to test positive for Covid-19.

Across the world, governments are hoping to announce a vaccine as soon as possible against the virus, which has infected well over 26 million people, upended millions of lives and wreaked havoc on the global economy.

The UN health agency welcomed the fact that a “considerable number” of vaccine candidates had entered final stage trials, which typically involve tens of thousands of people.

But “in terms of realistic timelines, we are really not expecting to see widespread vaccination until the middle of next year,” WHO spokeswoman Margaret Harris said.

And WHO chief Tedros Adhanom Ghebreyesus said the agency would not endorse a vaccine if it is not effective and safe.

Russia has already approved a vaccine, and research published in The Lancet medical journal on Friday said patients involved in early tests developed antibodies with “no serious adverse events”.

But scientists cautioned the trials were too small — just 76 participants — to prove safety and effectiveness.

Washington has also urged US states to get ready for a potential vaccine rollout by November 1, sparking concerns President Donald Trump’s administration is rushing to begin distributing a vaccine before the November 3 election.

Under normal procedures, test administrators must wait for months or years to verify that vaccine candidates are safe and efficacious.

But there has been massive pressure to roll out a vaccine quickly as the pandemic continues to take its toll.